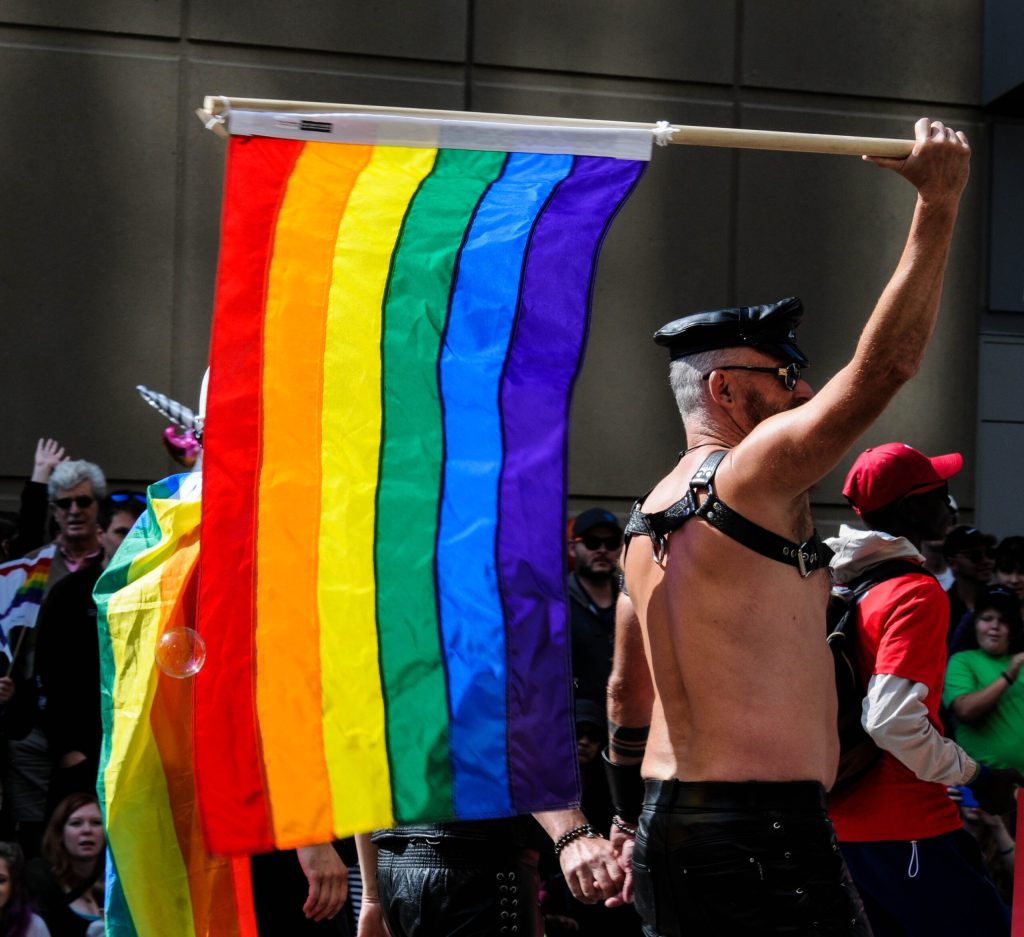 Pop culture seems to be embracing so many things born from “gay culture.”

Drag shows are everywhere—not just in our cozy Rehoboth Beach resort, but in towns up and down the First State like Dewey Beach, Delaware City and Wilmington. DMV readers have their pick of shows on their home turf, too. Folks that don’t much venture out of their living rooms can experience the looks through shows like RuPaul’s Drag Race, We’re Here and Legendary.

The L Word may be the most successful on-screen portrayal of lesbian life, spawning a spinoff and opening doors for shows like Twenties and Hightown. Trans characters feature prominently in Euphoria and Orange Is the New Black and seemingly more screen and air time is dedicated to exploring the experience every day. None other than the Muppet Babies presented Baby Gonzo in a princess ball gown to challenge the binary.

While these programs serve to entertain, many are bringing health-related educational opportunities to the forefront.

Throwback dramas—namely Pose and It’s a Sin, as well as Ratched—remind us there have always been deadly consequences for some LGBTQIA+ people. Reality programming—from competitions to makeover shows—introduces us to cast members living with HIV, going back to The Real World in 1993.

It’s timely that the broader population is being reminded that pandemics don’t go away on their own.

Some members of Generation X witnessed the devastation of AIDS in the 80s, while others took note of HIV only when Magic Johnson announced the diagnosis he’s been living with since the 90s. And Gen X is perhaps the first to take for granted that it didn’t have to be a death sentence. Millennials and Gen Zs, thankfully, may never know someone who has died of AIDS.

It might be easy for them to forget that unprotected sex or exposure to blood can pose a significant health risk. No doubt some believe it can’t happen to them.

The popularity of these shows is a gift: the storylines remind people that we all need to keep fighting.

There is still work to be done to protect people—gay and straight. While HIV has not been a “gay disease” for decades, it’s worth noting that just under half of all new infections are among men who have sex with men. People of color are at the highest risk. Men and women of every age, from teens to senior citizens (the largest growing at-risk group, newly re-entering the dating scene).

In the early days of the AIDS epidemic, it was the LGBTQIA+ crowd that raised money. Let’s reclaim that.

We encourage you to follow Hollywood’s lead and make the Walk an opportunity to embrace “the culture” for a good cause. To paraphrase RuPaul’s Drag Race contestant Latrice Royale: get up…look sickening…and Walk.

Lace up your rainbow sneakers and Walk…in solidarity with Delawareans living with HIV and AIDS, and to end stigma. Still today, HIV-positive individuals are afraid to reveal their status for fear of being shunned by family and society.

Dust off your clack fan or parasol and Walk…for an end to HIV and for a healthy, HIV-informed community. Show the youth they can keep themselves safe and have fun and still be fully themselves.

Gel up your hair and Walk…in memoriam for those who simply wanted to live in peace and good health. Celebrate the fact that advances in pharmacology mean that undetectable = untransmittable.

Wear that garment you save for parties and Walk…for everyone before you who could not. Tell your success story.

Get the gang together and Walk…and represent whatever color of the rainbow that suits you. Invite your friends. Invite a coworker. Invite a teenager. Let’s make the Walk a parade!

Be LOUD AND PROUD and Walk…to end HIV in Delaware. Don’t have a team? Join one! They’d love to have you walk with them.

Visit AIDSWalkDelaware.org to sign up. If you need technical assistance or care to help in other ways, contact: · Rehoboth: JulieAnne Cross at 302.588.3266 or aidswalkrehoboth@gmail.com. · Wilmington: John Beckley at 302.690.6000 or jbeckley@aidsdelaware.org.
###

HIV/AIDS Content Notice:Since HIV is spread chiefly and primarily through sexual practices or by sharing needles, prevention messages on this site may address these topics. HIV prevention materials funded by CDC must be approved by local program review panels. However, the materials may be considered controversial by some viewers. This warning is included in compliance with CDC requirements for HIV educational materials Section 5, subsections 3 & 4, which are now (starting in the year 2002) extended to include information published on the Worldwide Web.